There is a tale of two rivers told to the reflective heart.  There is glory in the story and great and gentle a reprieve from all that overwhelms.  This story is set oh so long ago, but the heart of the story never quits thumping loud.  Listen, my friend, and hear hope’s story.  Better yet, it is a true story.

Long ago, the powerful Assyrian Empire reached outward expanding westward.  The surrounding nations were nervous, and Syria and Israel sought to compel Judah to form an anti-Assyrian alliance.  King Ahaz, with arrogance of heart, was unwilling and refused to join.  The prophet Isaiah advised the weak, but prideful, king, “Be careful, be quiet, do not fear, and do not let your heart be faint because of these two smoldering stumps of firebrands…thus says the Yahweh God:  ‘It shall not stand, and it shall not come to pass.'”  But, King Ahaz also foolishly refused the counsel of Yahweh God.  Gathering silver and gold from the temple’s treasuries, King Ahaz eagerly offered gifts to the forceful Assyrian king asking him to come to Jerusalem’s aid against the mounting Syrian and Israeli forces.

Judah’s king was jubilant!  Yes, the king’s own strategic alliance had worked! King Tiglath-pileser had defeated Israel and Aram just as he had envisioned.  He had been right to reject the prophet Isaiah’s warnings and to enlist the help of the formidable Assyrians.  Ah, but the ambitious Assyrian had no motivation to stop.  Tilgath-pilneser king of Assyria came against him and afflicted him instead of strengthening him.  2 Chronicles 28:20.  So, the rage of the rushing River swept over Judah heeding no bounderies.

Once again Isaiah speaks using beautiful imagery to paint on the canvas of the heart:  The Lord spoke to me again:  “Because this people has refused the waters of Shiloah that flow gently, and rejoice over Rezin and the son of Remaliah, therefore, behold, the Lord is bringing up against them the waters of the River, mighty and many, the king of Assyria and all his glory. And it will rise over all its channels and go over all its banks,  and it will sweep on into Judah, it will overflow and pass on, reaching even to the neck, and its outspread wings will fill the breadth of your land, O Immanuel.”  Isaiah 8:5-8

The small perennial fountain situated in Jerusalem was called Shiloh, and from it flowed a little river that ran gently through the city.  God reminded his people, “Do you not realize that I am in your midst?  I am a gentle brooklet softly meandering with placid, untroubled waters of life.  I invite life and refreshment.  Will you not come to the well of your salvation?  My everspringing fountain of life was meant for your joy.”

But, their hopelessness and poverty made their hearts envy; and their weakness made them desperate.  Their restless hearts were dissatisfied in God; so they gave their confidence to human aid and worldly powers.  Mad with desire, they sought to control their future by trusting in the resources of a mere mortal king.  How stern the lusts that ravage the soul dictating rejection and contempt of holy salvation only to rejoice in the strength, wealth, and assistance of the false and the fickle!  Euphrates the most celebrated river in all the east is an impetuous river that heeds no boundaries.  If you enter this rapid river you will be plunged into the deep; its rushing powerful waters will overtake you.  This river will rise to your neck and you will be caught in its powerful grip.  In its strength, you will perish. 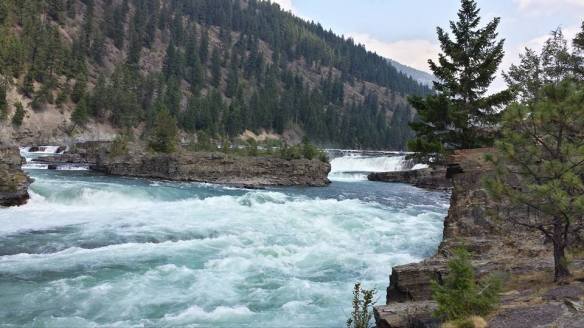 So, the tale of the two rivers was told, but the lesson was not learned.  A few years later, the Assyrians completely beseiged Jerusalem fulfilling all that that the Yahweh God had spoken.  The River rose spreading like wings over the land engulfing all into its strong currents.

If only you had listened to My instruction,  then you would have been flooded with peace; Your righteousness would have risen and crested like waves on the sea.
Isaiah 48:18 (VOICE) 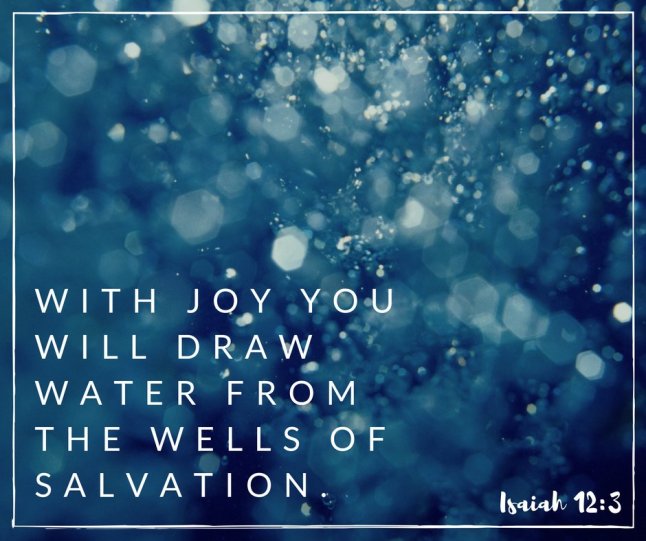 There is yet glory in the story, for the land belongs to  Immanuel; and though violently wasted, the true king will not abandon her.  He would bring massive righteousness to her, rising strong with power and peace.  But there will be no gloom for her who was in anguish. … The people who walked in great darkness have seen a great light; those who dwelt in a land of deep darkness, on them has light shined. …For unto us a child is born, to us a son is given; and the government shall be upon his shoulder, and his name shall be called Wonderful, Counselor, Mighty God, Everlasting Father, Prince of Peace.  Of the increase ofhis government and of peace there will be no end.
Isaiah 9:2, 6.

The fear of the Lord is a fountain of life, that one may turn away from the snares of death.
Proverbs 14:27

Hear real hope meant to comfort the heart.  Hear the lesson of the two rivers, and choose life.  Turn and trust in the Prince of Peace to still your heart and give the lasting rest your heart stumbles after.  He is gentle and kind softly wooing your heart with his goodness; for in Christ alone will you find sanctuary.

2 thoughts on “A Tale of Two Rivers”