The scepter shall not depart from Judah,
nor the ruler’s staff from between his feet,
until tribute comes to him;
and to him shall be the obedience of the peoples.
-Genesis 49:10

The promise of a royal line had been a blessing given to Judah uttered solemnly in faith by his aging patriarchal father Jacob.  The blessing of the kingdom expanded as God promised the throne to the lineage of King David, “Then I will establish your royal throne over Israel forever, as I promised David your father, saying, ‘You shall not lack a man on the throne of Israel.’” (I Kings 9:5).

But, the royal root rotted.

The throne was not good, evil was the new counterfeiter.
The king’s glory no longer gleemed, for darkness shrouded light.
His reign put bitter for sweet and sweet was now bitter.
His rule was only shrewd in his own self-centered sight.
Heroes at drinking wine, life was wasted to fritter,
Acquitting the guilty, depriving the innocent of right.

God no longer defended and protected the land.  He allowed the enemy to conquer. The kingdom was gone and the people were exiled.

So their root will be as rottenness,
and their blossom go up like dust;
for they have rejected the law of the Lord of hosts,
and have despised the word of the Holy One of Israel.
-Isaiah 5:24

But, what about the royal root?  Did God forsake his people and the promise?

Silent royal root.  Not forsaken, the royal root waited unseen.  The time was coming…a wee babe would be born.

Then it will come about in that day that the nations will resort to the root of Jesse, who will stand as a signal for the peoples; and His resting place will be glory.
Isa. 11:10

In days to come Jacob shall take root,
Israel shall blossom and put forth shoots
and fill the whole world with fruit.
Isaiah 27:6

His tiny face sucked in that first draught of bitter, chilled air into his lungs, and the babe entered into the life of a dark world with one purpose for his existence–to bear the injustice and to shine as the one true Light in a very, very dark world.

Atheist John Gray makes an interesting observation on the evil and suffering we experience: “In comparison with the Genesis myth, the modern myth in which humanity is marching to a better future is mere superstition. As the Genesis story teaches, knowledge cannot save us from ourselves. If we know more than before, it means only that we have greater scope to enact our fantasies. …The message of Genesis is that in the most vital areas of human life there can be no progress, only an unending struggle with our own nature.”

But, that is not true.

The power of darkness cannot overcome the Light of the World who has come to release us from the dominion of the soul’s midnight.  There is no darkness in His Light.

“You surely realize that even in the presence of color
Sight will see nothing, and the colors will remain unseen,
Unless one further thing joins them…”

What thing do you mean?”

“The thing you call light.”

“Arise, shine, for your light has come,
and the glory of the Lord shines over you.
For look, darkness covers the earth,
and total darkness the peoples;
but the Lord will shine over you,
and His glory will appear over you.
Nations will come to your light,
and kings to the brightness of your radiance. …
Your sun will no longer set,
and your moon will not fade;
for the Lord will be your everlasting light,
and the days of your sorrow will be over.
Then all your people will be righteous;
they will possess the land forever;
they are the branch I planted,
the work of My hands,
so that I may be glorified.”
(Is. 60:1-3, 20-21)

Banished on the island of Patmos, can you imagine what the apostle John must have felt when Jesus’s beloved friend heard the voice of “one like a Son of Man”?  How long had it been? 16 yrs? . . . did he remember the breakfast smells of freshly caught fish wafting from the shore kindly prepared by a risen Lord?

Did he remember the day His dearest Friend left, his departure so stunning as he effortlessly ascended into the drifting clouds?  John’s own brother had now been killed by King Herod . . . faithful Paul, too, had been martyred. I wonder what he felt in the persistent silence of aloneness? John himself had been exiled for his testimony of Jesus, and now he was waiting weary & longing, patiently persevering.

Christ now stands in the midst of the churches, and we read what John records, “When I saw him, I fell at his feet as though dead. But he laid his right hand on me, saying, ‘Fear not, I am the first and the last, & the living one. I died, and behold I am alive forevermore, and I have the keys of Death and Hades.” The coming King . . . don’t give up, John. Remember who I am. The foundation for our faith, courage and endurance is laid on this cornerstone. Oh, how He loves His church! Jesus is still the Shepherd of His sheep, leading us safely home.

Your Word, O LORD, is a forever Word, firmly fixed above us in the heavens, unmovable, unchanging, existing in permanent relevance. Your reliability is reality. And this world stands today; only because you rule. Ultimately, all things serve your will. In love, you call us to yourself, away from the ruin and destinies of pain in this world.
To any who believe, love, and trust you, Jesus, you have entrusted your good news of love and rescue to share, an exquisite, invaluable treasure offered to others in a vessel as weak as ourselves.  Wow!  You designed for your glorious love to be shared through us!  It is like putting an one-0f-a-kind, priceless treasure in a disposable, red plastic cup, easily broken or tossed away.  You allowed it to be this way on purpose, so that every one will know that the power came from you and never from us.  So each new day, as we look to you, Jesus, a part of our old self dies; so that, your life in us, Jesus, is seen more and more by others.  And as we fix our eyes on you, our Morning Star, we are being transformed into Your image, from one degree of glory to another.  So, by your grace, every-day-dying is at work in us, so that your life, Jesus, is reflected, your Light in us.  We are made to be in oneness with the Beauty we see.

FEAR PARALYZES.  God gave his people an inheritance of land with a promise. However, the people of Joseph came to their leader Joshua complaining that that their population was too dense for the land space allotted to them. Joshua didn’t budge. If they were so numerous, then be a numerous people with great power and make something of the land. Still, they complained of the obstacles that seemed to define them in their shaky selves. Joshua kept pushing back with God’s promise already given to them.

What devastating weakness lurks in my life, that doubt that makes me shake in my boots?  Remember, fear paralyzes when we forget who is in control. Measure risk by God’s promise. His promise is a sure thing outweighing the loss every time.

“May you be strengthened with all power, according to his glorious might, for all endurance and patience with joy, giving thanks to the Father, who has qualified you to share in the inheritance of the saints in light.“
(Col. 1:11-12)

Often, courage  is defined by NOT reflecting what we are surrounded by, but rather courage will call for us to step away from the devastating norm and lead into a new direction by faith in God’s promise. 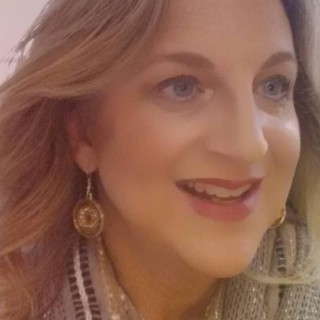 Hi, I am Sheila! Sometimes my soul gazes on such a glorious, blazing truth about my God that I want to say, "Come and see what an amazing beauty I have seen!" Please, feel free to join me as my soul tells out God’s glory, His divine story,written down in my ordinary, everyday life. I am married to my best friend, a mother of four, a story-teller at heart. Come join me...mysoultells.com